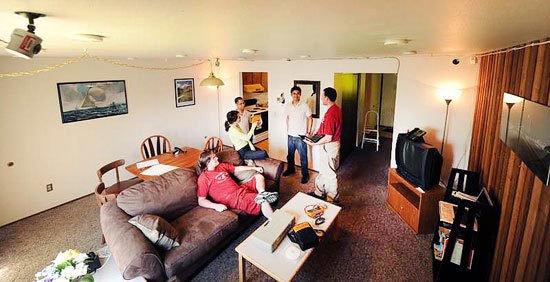 By Tina Hilding, College of Engineering and Architecture

[Article] - PULLMAN, Wash. – A Washington State University research project that aims to help the elderly stay in their homes longer has received support to take the idea to the marketplace.

The Washington State Life Sciences Discovery Fund (LSDF) is providing support to commercialize development of WSU’s “smart home” technology. The research is led by Diane Cook, Huie-Rogers chair and professor in the School of Electrical Engineering and Computer Science.The grant, a supplement to two others Cook has received from the fund, will support an experienced entrepreneur who will develop strategies for commercializing the work.As the U.S. population becomes older, using technology to address the challenges of aging is of increasing interest to everyone from elderly residents themselves to care providers and government leaders. Keeping someone at home for an additional few months not only makes them happier, but can save tremendously on assisted living costs that average $70,000 per year.
WSU researchers have worked to develop a non-intrusive “smart home in a box’’ that is able to monitor and learn residents’ normal daily activities at home. About the size of a printer and easy to install, the system checks residents’ locations and activities, learns their routines, notes when there is a change and prompts them if they forget to do something.
The researchers are studying aging-in-place technologies for three years as part of a research pilot project monitoring 20 residents in Seattle senior housing. Supported by the LSDF as well as the National Institutes of Health, the project is one of the largest on the use of such technologies.
With the aim of maintaining privacy, the system is unlike some home monitoring systems in that it does not include cameras or microphones. Rather, researchers have installed 30-40 sensors in each apartment, including motion, door, power metering and temperature sensors.”The board has previously invested in Dr. Cook’s work to develop ‘smart home’ technology, which has the power to keep the elderly independent and safe in their homes and may reduce costs for institutional care,” said Lura Powell, chair of the LSDF board, in a press release. “This technology needs to get into the commercial marketplace to have maximum impact, and we are happy to provide supplemental funding to help determine the best way to do so.”