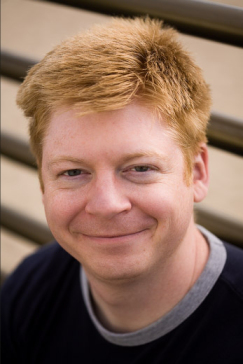 Matthew E. Taylor graduated magna cum laude with a double major in computer science and physics from Amherst College in 2001. After working for two years as a software developer, he began his Ph.D. work at the University of Texas at Austin with an MCD fellowship from the College of Natural Sciences. He received his doctorate from the Department of Computer Sciences in the summer of 2008, supervised by Peter Stone. Matt then completed a two-year postdoctoral research position at the University of Southern California with Milind Tambe and spent 2.5 years as an assistant professor at Lafayette College in the computer science department. He is currently an assistant professor at Washington State University in the School of Electrical Engineering and Computer Science and is a recipient of the National Science Foundation CAREER award. Current research interests include intelligent agents, multi-agent systems, reinforcement learning, and transfer learning.

> Learn more about Matt Taylor and his research

Born in Vermont, Matt Taylor grew up in New Hampshire went to high school at a boarding school in Connecticut. He attended college in Massachusetts at Amherst College and completed two years of software development in Madison, Wisconsin. He earned his Ph.D. in Computer Science from the University of Texas at Austin and his post doctoral research at USC focusing on computer science. He taught for two years at Lafayette College and joined the faculty at WSU in early 2013.

Physical and virtual entities that interact with their environments.

What does this mean? He works with robots and artificial intelligence.

Why does this matter? In support of Parkinson’s and Alzheimer’s patients – a robot could guide and prompt them through the steps of accomplishing specific tasks – providing guidance and redirection if steps are missed and keeping the patient on task.

Most of Taylor’s research has been with virtual agents. Hence the appeal of joining the faculty at WSU – as he is heading up the new robotics lab that will emphasize research using physical agents. The lab blends the talents of students from various engineering disciplines including mechanical, electrical and computer science.

In the early stages of the robotics lab – the goal is to study human interaction with robotics technology and tools. Taylor also wants to grow a robotics club and recruit more faculty into the robotics field. Obstacles include the interdisciplinary nature of the robotics discipline and creating the necessary collaborations.

In the future the presence of robots in schools, military and factories will only increase. Right now these virtual and physical agents do not work well “on the fly.” They are human-controlled and designed for very specific circumstances. The robots are not able to adapt to their surroundings, adjust as needed or react to barriers and pitfalls. In order for them to be robust and useful in the world we have to be able to learn from the technology. Taylor’s objective in research is to advance the robotics technology so it can adapt and learn in unpredictable scenarios.

Fall 2013 – teaching computer organization and the fundamentals behind how a computer is structured and how programs run on it. It is an opportunity for students to dissect and hack into the inner workings of computer systems.

Fall 2014 – teaching a course in intelligent agents and training students to work in the robotics lab.